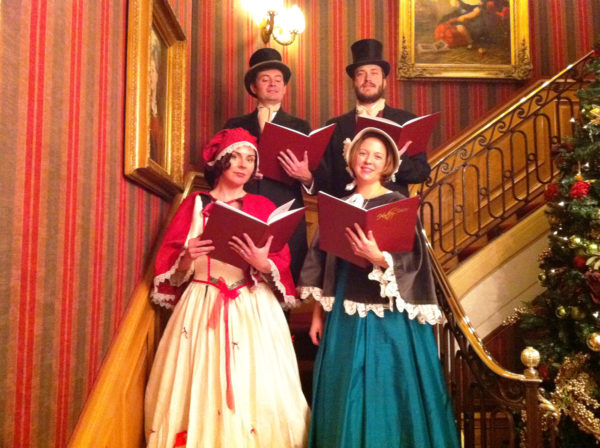 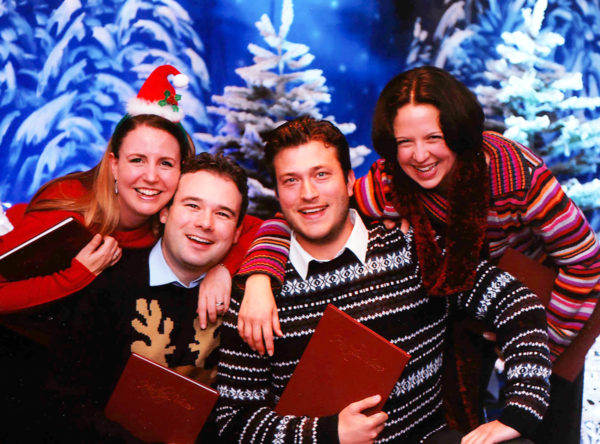 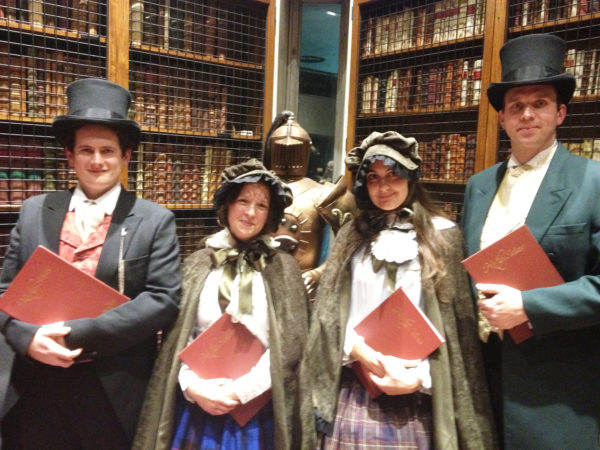 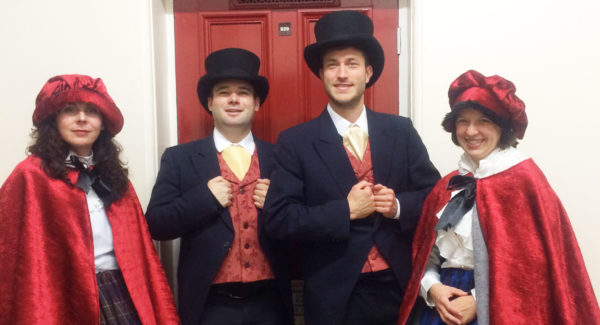 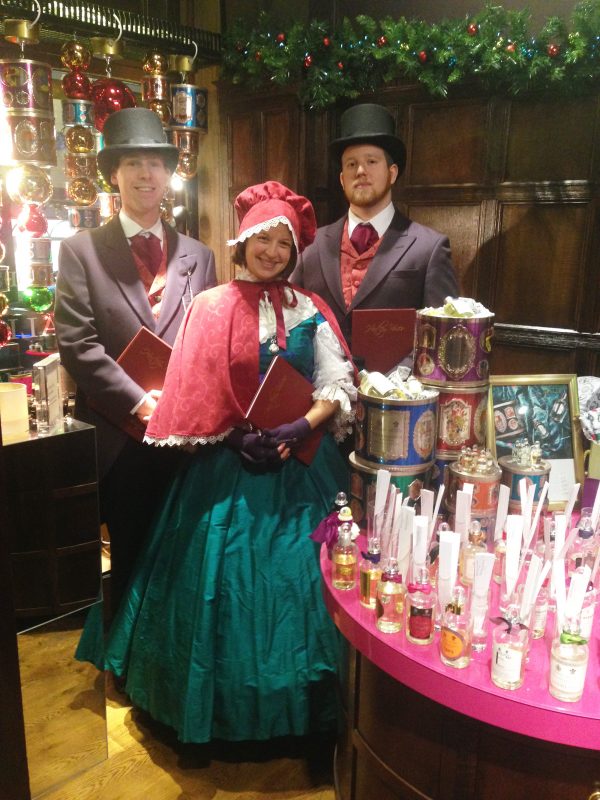 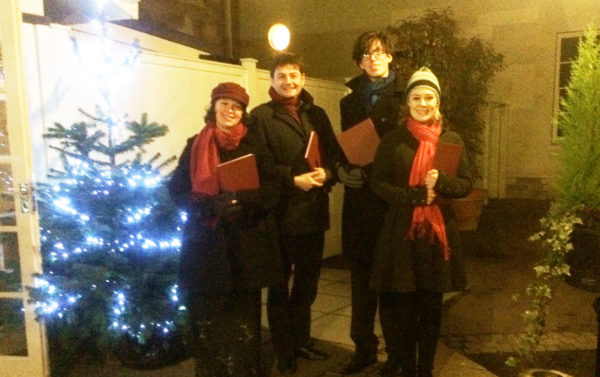 The London Carol Singers perform a capella arangements of traditional carols and modern christmas songs dressed in either modern or period costume. Top hats and flowing skirts bring the magic of a Dickensian Christmas to a Victorian themed event, while Christmas jumpers and santa hats add a festive touch to any party.

Conjure up the spirit of Christmas Past from the pages of Dickens’ “A Christmas Carol” with singers dressed in Victorian costume. Gentlemen in top hats and tails with ladies in cloaks and bonnets will regale you with traditional Christmas favourites like “We Wish You A Merry Christmas”, “O Holy Night” and “The Holly And The Ivy”.<

For modern day Christmas parties, the group performs in Christmas jumpers with Santa hats or as door-to-door 21st century carollers in overcoats, bright coloured scarved and wooly hats. Popular Christmas classics such as “Here comes Santa Claus”, “Have Yourself A Merry Little Christmas” and “Little Drummer Boy” are mixed with traditional carols.

The London Carol Singers performance is acoustic. The group can perform concert-style or can stroll round the room, entertaining groups of guests as they go and can also perform out of doors. For optimum performance the group recommend at least four carol singers, however a trio is available for small events.

Boomtown Swingalings
Rated 5.00 out of 5
London
The Boomtown Swingalings are a group of young aficionados from the London thriving London swing scene that present a very exciting blend of jazz from the golden age of swing, perfect for a 1920s, 1930s or 1940s-styled event

Charleston Charlies
Rated 5.00 out of 5
Manchester 1920s Vintage Jazz
The Charleston Charlies will whisk you back on a nostalgic journey to the bandstand of The Savoy Ballroom, circa 1929. Their infectious, pitch-perfect rendition of '20s classics instantly recreates the Jazz Age