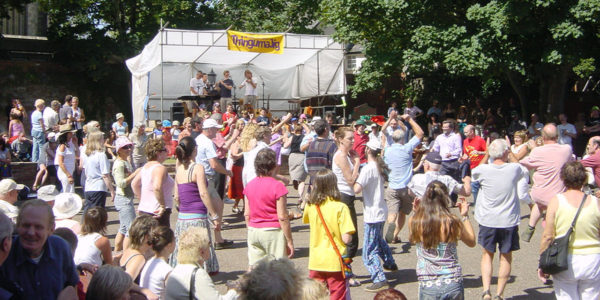 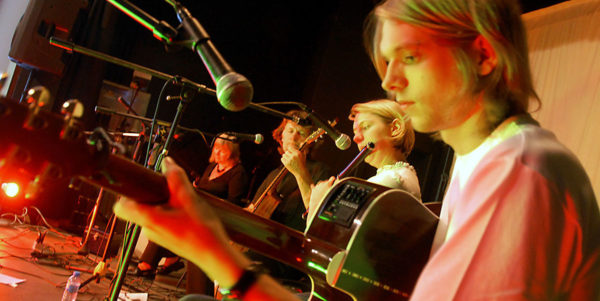 Blackthorn is one of the most exciting four piece Irish ceili bands in the South East. The band has been playing weddings, parties,and festivals since 1995. The band performs all of your favourite Irish songs, jigs and reels with talent and passion. The band includes a dance caller and can include organised ceili dancing if required.

All band members are multi-instrumentalists and the band creates a rich tapestry of sound to accompany the songs. Flute, fiddle and whistle melodies, backed by guitar concertina and bouzouki form the core of the sound, with female vocals from Mannie and male vocals from Pete.

Look forward to hearing all the well known Irish songs beautifully arranged. Versatile Mannie is also a dance caller, so the band can mix Irish ceili dances such as “The Siege of Ennis” with the songs and tunes, if you wish. The group regularly performs on the folk festival circuit, so you can expect a performance of concert quality. The band is the perfect choice for an Irish event!

Tommy Dempsey’s Irish Ceili Band
Rated 5.00 out of 5
Birmingham Irish
Steeped in the incomparably rich musical tradition of the British Isles, and Ireland in particular, Tommy's Crew present their contagious selection of the very best Irish and Celtic songs, melodies and dance-tunes

Spill The Whiskey
Rated 5.00 out of 5
Bath Ceilidh
Spill The Whiskey are one of the most versatile bands around. Superb Celtic music featuring Irish and Scottish songs and dancetunes, together with an experienced dance-caller to organise a ceilidh or barndance

Ponchartrain
Rated 5.00 out of 5
Bristol Country Bluegrass
There's one thing you can be quite sure of with Country Music - it comes from the heart. Expect Ponchartrain to transport you over the big pond and right down to that little bar in Nashville where it's all happening!

Shannagh Irish
Rated 5.00 out of 5
Manchester Irish
This flexible band presents Irish Music at its very best. With keyboard sitting at the centre of the sound, the full line-up incorporates an All-Ireland Whistle Champion and a BBC Young Tradition finalist on the fiddle